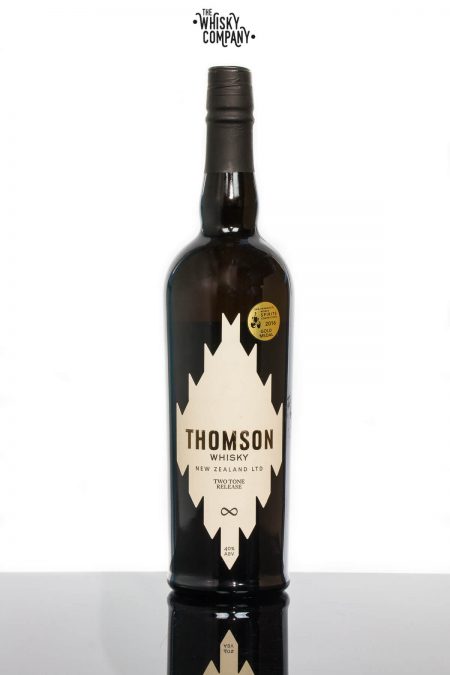 Thomson Whisky  was started the same way you’d start a band. The team got together and just started tinkering. It was never about taking over the world, or playing Wembley, but about giving it a go, creating the best spirit they could afford to and sharing their journey with anyone who liked whisky. They wanted to give New Zealanders a whisky they could be proud of, with a sharp brand on top. Their bottling’s reflect who they are, because they’re small enough to do it how they like it. As they grow these qualities remain.

The team love what they do; making craft whisky for the modern enthusiast. Artisan. Premium. Progressive.

After a few years mucking about on a home still and learning as much as they could about whisky (mainly by thorough investigation of the flavour) they began the Thomson Whisky project as Independent Bottlers. They got hold of a few barrels of aged single malt from Willowbank Distillery, Dunedin, carefully selected to our personal tastes, to launch under the Thomson name. They figured if it didn’t sell they’d drink it themselves. They didn’t get that lucky. Two barrels, a unique bottle, a business card, and Thomson Whisky came to life. They started telling people about their whisky, and sharing a drink with friends, then bartenders, and shops and people traveling overseas…and the project started firing.

A few years down the road and things have changed a lot. With a new distillery in operation they now blend whiskies and distill single malt. Using a hand-beaten copper pot still, just three ingredients form the basis of the whisky we distill; quality malted barley, pure water, yeast. Aged in a range of casks including ex-bourbon barrels, NZ red wine casks and some miniatures, our whiskies are growing handsome with age.

By traditional methods for contemporary ends – it’s all about a passion for the spirit, creativity, and respect for the process.

They’re inspired by music, design, craft beer, artefacts, mysteries, family and spirits. As one of only a few commercial distilleries in New Zealand they’re proud to be contributing to the craft distilling movement in our country.