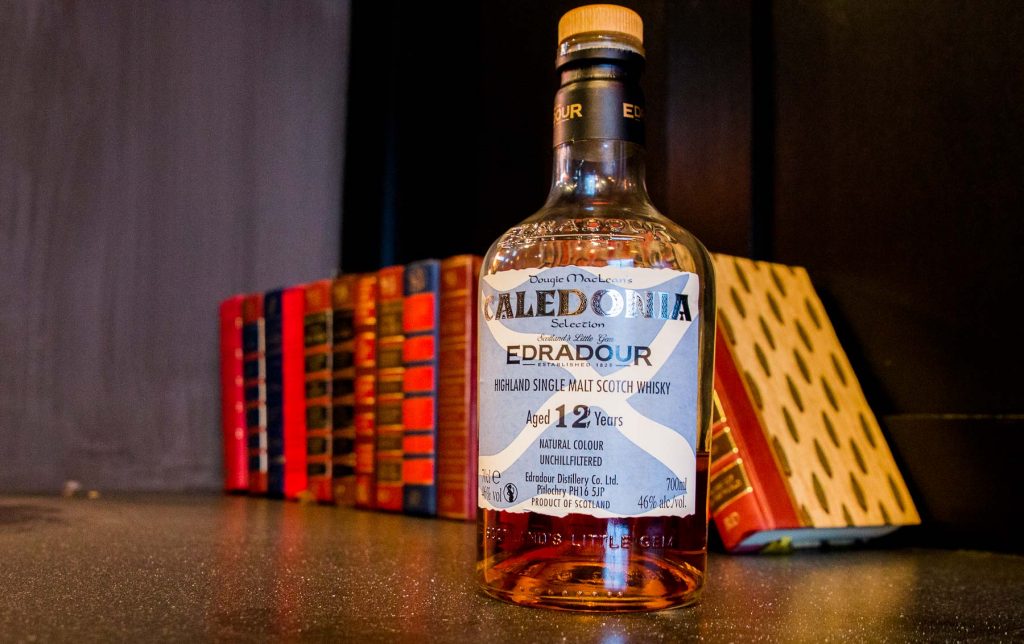 Its has to be the Scotchiest Scotch you can buy (feel free to challenge us) – why? It comes from one of Scotland’s few remaining farmhouse distilleries which lies in the heartland of Scotland. It was once Scotland’s smallest distilleries until quite recently. The distillery is independently run and operated by a Scot. It boasts the Scottish Saltire (flag) on the front of the bottle, it was handpicked by one of Scotland’s greatest song writers, it was named Caledonia (Caledonia is Scotland in Latin) and named after the most Scottish song ever written called Caledonia. It was distilled and fully matured in Scotland using casks purchased with Scottish money. It was bottled in Scotland.

If anyone asks, this is Scotland in a bottle. There you go The Scotchiest Scotch there is. It tastes exceptionally good too.

Caledonia Edradour is a special release, selected by songwriter Dougie Maclean and named after his famous song, Caledonia. The handmade single malt is a small batch bottling.

At a strength of 46% abv and unchillfiltered, Caledonia retains maximum flavour with great depth and body. Initial maturation in ex-bourbon casks followed by an Oloroso Finish of 4-5 years. An old fashioned whisky for those looking for how whisky used to be made.

Buy a bottle or two by clicking here

We are hiring……..
Next
Something Different – Arran Cask Finish Single Malt